GENERALIZED CONCATENATED CODES BASED ON SIGNAL CONSTELLATIONS OVER GAUSSIAN INTEGERS

Abstract. Codes over Gaussian integers can be used for coding over two-dimensional signal spaces, e.g. using quadrature amplitude modulation. This work demonstrates that the concept of set partitioning can be applied to Gaussian integer constellations that are isomorphic to q-ary extension fields. It is shown that it is always possible to partition the Gaussian integer constellations into subsets such that the minimum squared Euclidean distance of each subset is strictly larger than in the original set. For many cases this construction results in a maximum minimal distance partitioning.  This enables generalized concatenated code constructions for codes over Gaussian integers.

SOLUTION TO THE TWO-DIMENSIONAL PROBLEM OF THERMODIFFUSION

The paper deals with the investigation of a plane dynamic problem of the conjugate theory of thermodiffusion with mixed boundary conditions for multiply-connected domains. By the potential method, singular integral equations and Laplace transform, the theorems of existence and uniqueness of the solution are proved.

The paper deals with the analysisof subscribers’ mobility procedure characteristics. There is offered an improved algorithm by which it is possible to make faster the mobility procedure between different radio access technologies, toreduce mobile device power consumption and to minimize congestion in the network.

The paper deals with a method for improving the performance of LTE networks, which is achieved by mobile small base stations deployment in public transport. Using the suggested method, it is possible to improve PEP and OP quality indicators, as well as to increase the coverage of the cell.

The paper deals with the theoretical investigation of  beam resistance under thermomechanical load. The nonlinear differential equations of plane deformation and the differential equation of nonstationary heat conductivity are given. The problem of buckling of the cantilever beam is solved. The beam is loaded by a concentrated axial force at the free end and by an inhomogeneous temperature field. The results of numerical calculation are presented.

PLASTIC DEFORMATION OF THE BUILT-UP LAYER ON A FLAT SURFACE

The paper deals with  the two-dimensional boundary problem of plastic deformation at rolling of the built-up layer. The  equation of  state of the  material is chosen on the basis of the creep theory. The main differential equations are presented and the corresponding boundary conditions are formulated.

APPLICATION OF PLASMA TO EFFICIENT COMBUSTION OF LOW-REACTIVE COAL DUST

The paper deals with the efficiency of application of the plasmatron to coal combustion. Thermochemical treatment of coal dust by using the plasmatronimplies heating of the air and coal mixture up to the temperature until the volatiles are released and partial gasification of the coke residue. Thus, from the low-reactive fuel derives highly reactive two-component one. There is suggested a solution of the problem associated with one of the major drawbacks of plasma technology related to their working resource.

The paper deals with the optimization of the process of manganese ore beneficiation in a diaphragm jig machine. Based on the conducted experiments, a mathematical model of the process was constructed and a technological criterion of optimization, which implies obtaining the maximum amount of concentrate of the desired quality taking into account control and disturbing actions, was determined. The optimization was carried out by a programming method using the graphical version. Based on the obtained results, the process optimal control system and optimal control laws, in which the variation of disturbing actions is considered, can be developed.

Based on natural Georgian clinoptilolite and phillipsite, sorbents with different content of zinc cations were produced by the ion-exchange method. It was found that the quality of replacement by zinc ions in phillipsite was higher than in clinoptilolite. This fact makes phillipsite modified with zinc ions the nanomaterial of choice for using in medical practice, as compared to clinoptilolite.

CALCULATION OF WAVE MOTIONS OF THE BLACK SEA IN THE AREAS

OF POTI AND ANAKLIA

The paper deals with the two-dimensional mathematical model of wave motion of the Black Sea in Poti and Anakliа regions. The differential equations of wave motion of the sea which are solved by the finite difference method (the implicit scheme) were derived. For the numerical solution of the system of equations, the computer program Mathcad was used. As a result of the solution, the graphs of wave fields of the sea in Poti and Anaklia regions were obtained.

The paper deals with the formation of a systems approach to general ecology and some of its guidelines applied in ecology, such as integrity, structural properties, the system-environment dependence, hierarchy, multiple description of each system. The paper highlights the systems analysis, a set of methods as the grounds for the systems approach.

The paper deals with the biogeochemical specific features of the living material, which, regardless of its diversity, is a single unit in terms of its physical and chemical properties having the same origin. The authors state that all the species react in about the same way to the specific physical or chemical influence, the quantitative aspect of their response being the sole difference. On the grounds of the aforesaid, they formulate the law of the integrity (unity) of the biosphere.

SPECIFICITY OF THE ACTION AND STRUCTURE OF SURFACE-ACTIVE SUBSTANCES

It is shown that the specificity of action of surface-active substances (SAS) is determined by the amphiphilic structure of their molecules. The valuable properties of SAS result from their ability of forming the surface-adsorbed layers at interphase interfaces. The action of anionic surfactant sodium dodecylsulfate bringing dirt particles into a soluble state is discussed.

Mathematic-chemical investigation of straight-chained alkanes was carried out within the scope of the quasi-ANB-matrices method. Two correlation equations of a structure-properties type were derived. One correlation is excellent, another – satisfactory.

The paper deals with the changes in the free amino-acid profile in the wines “Rkatsiteli” and “Kakheti” in relation to the duration of thermal heating and temperature variation. Main amino-acids, such as threonine, istidine+glutamine, alanine, arginine, methionine and proline, were determined.

Oxidation causes various flaws and faults in wine. Moderate amounts of oxygen have a beneficial effect on wine, gives it complexity, whereas the excess of oxygen eventually deteriorates the quality of wine. White wine contains less amounts of phenolic compounds than red one, but the oxidation of phenolic acids, especially of hydroxycinnamic acid, catechols and quercetin, changes the color of wine into brown. For preventing the oxidation of wine, they must continuously control the content of oxygen in wine and use antioxidants allowed in oenology (ascorbic acid, sulfur dioxide, etc.). In the result of experimental investigation, the advantages of treatment of white wine with auxiliary materials Qi-No[Ox] and PVPP for prevention of oxidation were revealed. Application of antioxidant tannin preparation (VR Supra-Laffort)had an adverse impact on the wine color intensity and tone, the content of total phenols considerably increased as well.

It is well known that one of the basic factors causing many diseases is the imbalance between oxidants and antioxidants in the organism. Hence it is essential to use antioxidants, natural antioxidants being preferable without doubt. The high antioxidant activity of grape polyphenols is well known. The outcomes of our investigation allow producing the nonalcoholic concentrates with grape polyphenols of nutritive-prophylactic purpose, which will contain no less than 200 mg/ml of the active substance in the diluted, bioavailable state. For comparison, it should be noted that the concentration of polyphenols in red wines is no more than 20 mg/ml.

THE IMPACT OF QUICK FREEZING ON THE MICLOFLORA OF BERRIES

The results of microbiological investigation of promising berry crops such as strawberries, raspberries and blackberries are discussed. Fresh berries, the berries after quick freezing and frozen berries after 2-month storage were studied. In the berries stored at – 18°C, just as the growth of yeasts, moldsand pathogenic bacteria (enterobacteria, staphilococcs etc.), so ofphytopathogenic fungi is inhibited, while the number of mesophilic, aerobic and facultative bacteria is reduced considerably.

RESPIRATION INTENSITY OF SOME STONE FRUITS DURING STORAGE

CHANGES IN SOME OXIDATIVE ENZYMES IN STONE FRUITS DURING STORAGE

The activity of oxidative enzymes peroxidase and o-diphenoloxidase in peaches, plums and nectarines was studied. The dynamics of changes in these enzymes during storage of fresh fruit is discussed.

Coordinate compounds of bivalent copper with clotrimazole were synthesized, and their composition, structure and biological activity were studied. Preparation clotrimazole (bioligand) belongs to imidazole derivatives (heterocyclic compounds) which combine different kinds of biological activity: antimicrobial, antiprotozoal, antifungal etc. It is shown that, by the reaction of complex formation with 3d-metals, both mutual enhancement of these activities and the emergence of an essentially new anticancirogenic activity of a complex compound of copper with clotrimazole, better than that of cisplatin, are possible. Possible mechanisms of the anticancirogenic effect of such complexes are discussed. The concept of the role of the formation of the specific pentacoordinate structure of the complexes of Cu2+ with imidazole derivatives in the enhancement of cytotoxic activity of these preparations, we proposed, is confirmed. 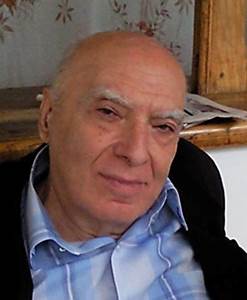 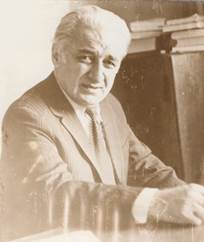