St. Andrew the First-Called Georgian University of the Patriarchate of Georgia

The article deals with obtaining of the minimum upper estimate for the error probability of a restoring  neuron (or a decision neuron). To this effect, we use a two different methods. The obtained results ware identical in both cases.

THE AGENT-ORIENTED APPROACH AND THE AGENT SYSTEM THEORY

The article deals with the means of realization of the system of visualization and analysis of the interconnections between normative legal documents – the agent-oriented approach. The description of the technology of this system and relevant explatations are discussed. The review of agent architecture, classification, models and applications are given.

Abstract. With the help of program MatLab, MIMO channels with STBC for the Wimax standard model by using of BPSK, QPSK, QAM16, 64, 128, 256 types of modulation are estimated. The characteristics of spectral efficiency and the error rate were obtained. It is shown that, at high SNR, the use of QAM modulation is the most efficient.

The article deals with the application of LabVIEW medium to the study of fractal properties of network topology and random processes. The investigation results showed that

→ 0) decreases, the dimension of the set of points increases tending to DE.

• The realization of composed algorithms and modeling in the LabVIEW medium made the computation of the fractal dimension much simpler.

The results of estimation of the fractal dimension were obtained by the example of modeling of Brownian motion.

Abstract. The article represents a review of mobile TV Standards approved in the world.

OTT (OVER THE TOPTV) TECHNOLOGY AND IT’S ADVANTAGES

The article deals with improvements made to OTT (Over the TopTV) technology. These improvements meet current requirements and are consumer-oriented. The advantages of this technology are discussed.

The article deals with the elaboration of the logistic model, which makes possible the theoretical determination of the values of characteristic parameters (heat transmission coefficient, heat capacity etc.) of thermophysical processes taking place in the course of operation of the evaporator-homogenizer.

Abstract: It is shown at the conceptual and experimental levels that, in case of application of the oil containing amorphous nano-dispersed carbon (inside the particles of which are located the clusters of ferromagnetic iron), vibrostimulation could play the role of a creative factor, promoting the tribosynthesis of tribologically high-efficient secondary surface structures including diamond nano-particles. This will reduce the damage to tribounits caused by pitting and other kinds of wear.

The article deals with the investigation results on the effect of new-type additives based on amorphous nanodispersion carbon on the parameters of oil that determine the durability of automobile transmission units. According to the obtained data, the additive of the given type provides significant improvements in wear-resistant, antiscuffing and antipitting properties of the oil. Hence, the obtained oil surpasses well-known commercial transmission oil sorts.

ELABORATION OF THE MODEL OF THE LOGISTIC SYSTEM: “ECOLOGICAL COMPATIBILITY OF THE AUTOMOBILE GAS DIESEL–PROPERTIES OF NATURAL PRESSURIZED GAS”

Conceptual relations between the ecological indices of the automobile gas diesel and the characteristics of natural pressurized gas were determined. On their basis, a logistic system was elaborated, which allows us to develop the optimal ways for enhancement of ecological compatibility of the gas diesel.

A. Kuliev Institute of Additive Chemistry, National Academy of Sciences of Azerbaijan

Abstract. The article deals with the role of porous structure during the development of frictional polymer composites. It is shown that the porosity, represented by the component having either artificial or natural pores, anyway improves the tribological properties of frictional polymer composites: the stability of their friction characteristics improves, the metal counterbody wear decreases and the service properties of items improve in general. The authors studied the positive effect of introduction of natural nanoporous components, diatomite and clinoptilolite, into the composition of developed composites on their wear and friction characteristics.

Institute of Micro- and Nanoelectronics

The paper deals with different methods of formation of dielectric layers in the technology of semiconductor devices and integrated circuits (ICs) on epitaxial GaAs structures. Comparative characteristics of the obtained SiO, SiO4, SiO2, Si­3­N­4­ and polyimide PI 2545 dielectric coatings are presented. Their advantages and disadvantages for various applications are discussed.

Institute of Micro- and Nanoelectronics

The p-n junction structures photosensitive in the near-IR spectral region (1.4-2.2 mm) have been formed by boron ion implantation into commercial monocrystalline n-silicon with doses of (1-2)×1014cm-2 and the acceleration energy of 50KeV followed by annealing at temperature of 1000oC. The obtained results are discussed in terms of the concept of the changes in the band structure at the implanted layer - n-Si interface due to the formation of different-type defects. The results allow was to predict the development of the controlled defect  formation in this material for various applications

Institute of Micro- and Nanoelectronics, Tbilisi

The paper deals with the formation of ohmic and Schottky contacts by the thermal and electron-beam evaporation techniques to fabricate  semiconductor devices and integrated circuits (ICs) based on n+-n-nd-i-GaAs and AnGaAs/AlGaAs/GaAs epitaxial structures. Attention is paid to the processes of rapid thermal annealing. On the basis of the obtained characteristics of ohmic and Schottky contacts,  a conclusion about the use of different metal compositions and evaporation techniques to develop a reproducible technology of devices and ICs is made.

Abstract. The article deals with the impact of small substitutions of gadolinium for yttrium on the state of spin glass in the Y(Co1-xMnx)2 system. It is shown that the f-d exchange interaction induces the long-range ferrimagnetic order in these compounds. The curve of magnetization of the Y(Co0.75Mn0.25)2 compound in the fields up to 1,000 kOe formed by joint action of the  f-d exchange  and external fields.

ON THE ISSUE OF AGROECOLOGICAL EFFICIENCY OF BRIDGE MACHINE UNITS

The article deals with the bridge machine units. The theoretical preconditions of the application of such units on farms are given. Their advantages and drawbacks are discussed. The requirements to the packaging of these units for tillage and the dynamic characteristics of the cutter are considered.

The paper deals with the issues of riverbed solting accosiated with turbulent streams. The issues are solved  according to the rules of Reynolds-Boussinesq model.  For this purpose, the statistical approach on the basis of MathCad software is used.

MINERALOGY OF THE SOILS OF THE OKRIBA BAJOCIAN porphyrite SERIES

The article deals with the mineralogy of the soil cover of Okriba Bajocian porphyrite series. It was found that the basic mineral of this soil cover was montmorillonite. Mixed-bedded formations illite-montmorillonite and illite-chlorite are also present as impurities.It is inferred that, as the Bajocian porphyrite is characterized by uniformity of the mineral composition, the results obtained for Okriba can be extended over other regions of .

The article deals with the development of highly efficient membrane technology of purification of galvanic waste waters from heavy metals and their concentration. The aim of the investigation was also designing of the appropriate device. For achieving this aim, on of the membrane methods, electrodialysis with ion-exchange membranes was used. The experiments were performed by using the specially designed electrodialysis stand. The analytical instrumentation mounted on the stand provided the control of physicochemical and technological parameters of the process of electrodialysis. A special laboratory electrodialyzer-concentrator was designed for the abovementioned stand. The optimal parameters of the process were determined.

In the base of available control systems for waste and surface waters, instrumental method of determination of individual elements are laid. The proposed system allows realizing practically any method. A version of the structure of such a system is presented.

IMPROVEMENT OF THE ENVIRONMENTAL SAFETY OF URBAN TRANSPORT

BY USING THE ADAPTIVE CONTROL SYSTEMS

The article deals with the issues of improvement of the environmental safety of urban transport. For this purpose, a method of computation of the service conditions of urban road transport of different ecological categories was developed. The computation was performed for two cases of urban routes: a long route and a short route. The application of the adaptive control system to the urban transport (replacement of large buses with compact ones) gave the effect of 20-30%. At long routes, the substitution of the buses operating on petrol with the ones operating on diesel fuel yielded a greater effect. As for short routes, the substitution with the buses operating on petrol was quite sufficient.

The article deals with the problems of physics study and the ways of their solution. Emphasis is put on the issues of modernization of physics laboratories, which implies the arrangement of modern laboratories. To achieve this aim, students shold be more active and more keen on the subject. Career guidance and strengthenning of the Georgian physics school are required.

MATHEMATIC-CHEMICAL INVESTIGATION OF METHYL HALIDES WITHIN

THE SCOPE OF PSEUDO-ANB-MATRICES METHOD

MMMMATHEMATIC – CHEMICAL INVESTIGATION OF CYCLOALKANES WITHIN THE

SCOPE OF THE BLOCK – MATRICES METHOD

Abstract. The mathematic-chemical study of cycloakanes was carriied out within the scope of the block-matrics method. Three correlation equations were derived and investigated. The calculations showed that the  correlation was good.

The effect of improvers used during dough kneading on the quality of bread was studied. It was revealed that these improvers had an adverse impact on the quality of bread. The bread baked from the dough without adding the improvers was of better quality, stayed fresh longer and did not crumble as compared to the bread with improvers. The bread baked without chemical additives was characterized by enzyme resistance of proteins and starch. Hence, it is inferred that traditional methods of baking bread proved for ages are preferable.

The article deals with the possibility to use pumpkin grown in in the production of functional-purpose sugary pastry. The goal is to enrich the pastry with vitamins, minerals, dietary fiber, pectin and other useful components essential for the human organism. Based on the results of investigation performed, the optimal amount of pumpkin pap to be added was determined, it made up 14-16%. The investigation results allow producing new assortment of sugary pastry rich in natural biologically active substances.

The article seals with the problems and prospects of the production of diabetic foods. There are given principally new approaches to the production of diabetic confectionery and pastry products, which ensure imparting additional prophylactic properties to diabetic foods. For replacing the high- and first-quality wheat flour required for manufacturing of new-generation diabetic foods, there have been searched, studied and selected the low-glycaemic index vegetables, including non-traditional raw materials such as: the second-quality wheat and whole-wheat flour; the flour produced from barley, oat, oil flax, soya and buckwheat seeds, as well as from nut fruit (walnut, peanut, almond, etc.) and their coptons; feijoa, apple and citrus flour, and apple and citrus dietary fiber produced and tested in laboratory.

Nowadays it is topical to use natural, ecologically pure raw materials rich in essential nutrients in the production of foods. Among such raw materials, bee-farming products deserve special attention. In the article, the composition and the content of biologically active substances of traditional and insufficiently known bee-farming products, the spectrum of their physiological effects, their impact on the human organism and their applicability in food, pharmaceutical and other industries are discussed.

DISEASES OF WOOD SPECIES IN STRIPS

Center of the Biological Protection of Plants

Center of the Biological Protection of Plants

Soil toxicoses are manifested in the suppression of growth and development of higher plants and the depression of their bioproductivity. It is shown that, under certain conditions, various microorganisms, including fungi, dwelling in the soil, can form and evolve into the environment toxic metabolites. These substances affect the plants adversely and are widespread in soils and plant residues. 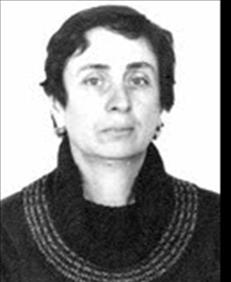