A laser light source for early cancer diagnosis optical devices is described. The light source represents a set of liquid crystal laser modules placed into a rotating wheel and pumped with one pumping nitrogen laser. Each laser module is rated at the appointed wavelength and is simple and cheap (no more than several lari). The tuning overlaps a complete visible range and can be expanded both to ultraviolet and infrared regions. The pitch of tuning depends on the specific purpose and can make up several nanometers. The laser operates in a pulse mode. The pulse power is approximately 1kW, the pulse duration is 10ns.

The electrodynamic theory of the inhomogeneous H-plane 4-port rectangular waveguide is suggested for the case when its resonator section includes ideally conducting infinitely long cylinder of the circular cross-section. The rule of selection of its optimal operation modes is determined, providing the electrodynamic compatibility of its main arm with ramified sections. The numerical data are presented in the graphical form, and their physical interpretation is given.

The electrodynamics of the circular aperture antenna and the possibility of estimation of its electromagnetic compatibility are considered. The antenna is excited by a plane elect­romagnetic wave normally incident on it. Within the investigation, the ful­fill­ment of the so-called “condition on sharp edges” is provided. The radiation charac­te­ristic of the antenna and its so-called compatibility function, providing the selection of the optimal operation mode of the antenna, were calculated.

ANALYTICAL REPRESENTATION OF VOLT-AMPERE CHARACTERISTICS OF THE WELDING MACHINE

Based on the experimental research data, a mathematical analysis of external volt-ampere characteristics of the supply source designed for condenser cells of different capacity was performed. For this purpose, we used the expansion of the function into Fourier series with the help of which the analytical representations of function  u=f(I) were obtained. These representations allow us to calculate theoretically the current intensity value needed for welding.

THERMAL-PHYSICAL PROPERTIES OF TKIBULI COAL AND ITS ENRICHMENT WASTE

The results of the study on the  thermal-physical properties of Tkibuli coal and its enrichment waste  in connection with its application for electrothermal production of the aluminum ferrosilicon alloy, valuable for metalurgy industry, are presented.

Institute of Metallurgy of the RAS, Moscov

PHOTOPHYSICS OF POLAR TRIPLET EXCIPLEXES AND THEIR STRUCTURE

The link between the ion-radicals in most polar triplet exciplexes (TE) is caused almost exclusively by the Coulomb attraction. Hence, the  dissociation of TE on the ion-radicals is a diffusion-controlled process. Insertion of heavy atoms into TE leads to a significant increase in the rate of the reverse transfer of the electron in TE.

KINETICS OF THE GEMINATE RECOMBINATION OF ADSORBED RADICAL PAIRS

When solving the problems of bending of the  beam on the compressible foundation as contact conditions, the method of  least squares is used, which enables us to determine the unknown parameters in the function of reaction pressures from the condition of complete contiguity  of the beam and the foundation. In this case there emerges a possibility of using the limited members in the function of reaction pressures without  reducing the degree of precision of the solution to the problem.

TOOLS OF ASSESSMENT OF THE ENTERPISE CLUSTERING IN GEORGIA

The article deals with the historical building of old Tbilisi. The items discussed include the perimetric extension of old blocks, the formation of the concept of the yard, housing areas built after World War II, the approaches to the development of dwelling areas in the 70-ies of the XX century, modernized building of microdistricts in the 80-ies of the last century etc.

ILIA  ZHGENTI AND HIS MANUAL

The article deals with a little-known Manual on Mathematics by Ilia Zhgenti, published in 1889. Its analysis and assessment is presented. The authors wish that Ilia Zhgenti would hold a deserved place in the history of Georgian mathemathical education.

Owing to the industrial progress in the XX century, the humanity faced a new challenge – the global climate change. It was urgent to take measures for preventing the inevitable threat. With this aim, the Kyoto Protocol to the United Nations Framework Convention on Climate Change was adopted in 1997 in Kyoto, Japan. Georgia, as a country with transient economy, could get financial assistance from relevant International institutions for accomplishment of the projects aimed at mitigating the climate change. The projects of that  kind can be implemented in various fields, for instance, in the field of transportation.

Abstract. Based on amide-type oligomers and modified natural mineral sorbents, porous hybrid polymers of a new type were obtained. The obtained polymers are characterized by high sorption ability and by the capability of floating with adsorbed substances on the water surface. They can be removed together with adsorbed oil products from the water surface mechanically. The porous hybrid polymers of a new type are characterized by high selectivity, fire-proofness and the capability of changing their properties in a wide range depending on the structure and proportion of initial substances. The sorbents obtained after desorption are characterized by the ability of regeneration, which provides a way of their multiple application.

Abstract. A brief review of the investigations on the application of cholesteric liquid crystals in image converters, temperature and UV sensors, displays and compact broadband tunable lasers is given.

Abstract. The article deals with the electrodynamic analysis and design of the optimal operation mode of the antenna radome composed of two coaxial dielectric cylinders with a constant-amplitude resonance current source inserted along  the mutual axis in the axial direction.  It is assumed that the values of dielectric permitivity of  the cylinders are complex.  The wavelength dependence of the  transparency coefficient of the radome (by power) at the same other  parameters  of the cylinders was constructed.

The article deals with the sulfitization of pure cultures of wine yeast of the Chkhaveri grape cultivar and their propagation intensity. Six strains were isolated and studied. Strains Chkhaveri 1, 2 and 5 turned out to be sulfite resistant, because under sulfitization the beginning of their fermentation was not delayed, the fermentation energy hardly changed, and they developed well on the surface of sulfitized must-agar. Strain Chkhaveri 5 stands out among them. Strains Chkhaveri 3, 4 and 6 showed sensitivity to high doses of sulfitization.

Pure cultures of wine yeast were isolated from the spontaneous microflora of Chkhaveri grape cultivar. Their fermentation properties and propagation intensity were studied. Six most active strains were chosen. It is shown that these yeast strains are promising for obtaining the pure culture of yeast meant for production of high-quality wine materials from the Chkhaveri grape cultivar.

Abstract. The treatment of grape must was performed by holding it at low temperature (3-5°C), by using different doses of colloidal silver and using sulfurous anhydride (cadifite, 50 mg/l). We studied the impact of treatment on the suppression of spontaneous microflora, culture yeast propagation and fermentation intensity in the must. It was revealed that the impact of 0.4 mg/l colloidal silver on the above-mentioned biological processes was similar to that of cadifite.

Abstract. The article deals with the treatment of grape pomace with a natural antiseptic - colloidal silver. Saperavi grape pomace was treated with different doses of nanostructured colloidal silver and with sulfurous anhydride (cadifite) prior to its fermentation. After alcoholic fermentation, in the red wine materials the concentration of catechols and carbophenolic acids was determined by high-power liquid chromatography (HPLC). It is shown that the impact of application of colloidal silver on the concentration of monophenols is similar to that of sulfurous anhydride. The optimal dose of colloidal silver (0.4 mg/l) for treatment of Saperavi pomace was established.

DISEASES OF VEGETABLES DURING STORAGE

During storage vegetables are very often seriously damaged by different diseases caused by microorganisms – fungi and bacteria. In the  result of these diseases, the quality and the number of vegetables decrease. The following measures should be taken against the diseases: sorting out and spoilage of vegetables; vegetable disinfection; appropriate storage and its sanitary-hygienic conditions. 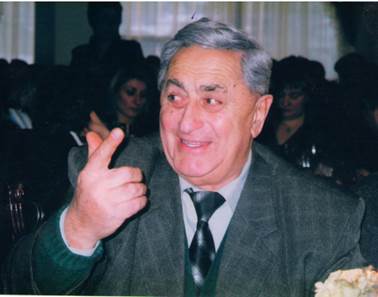